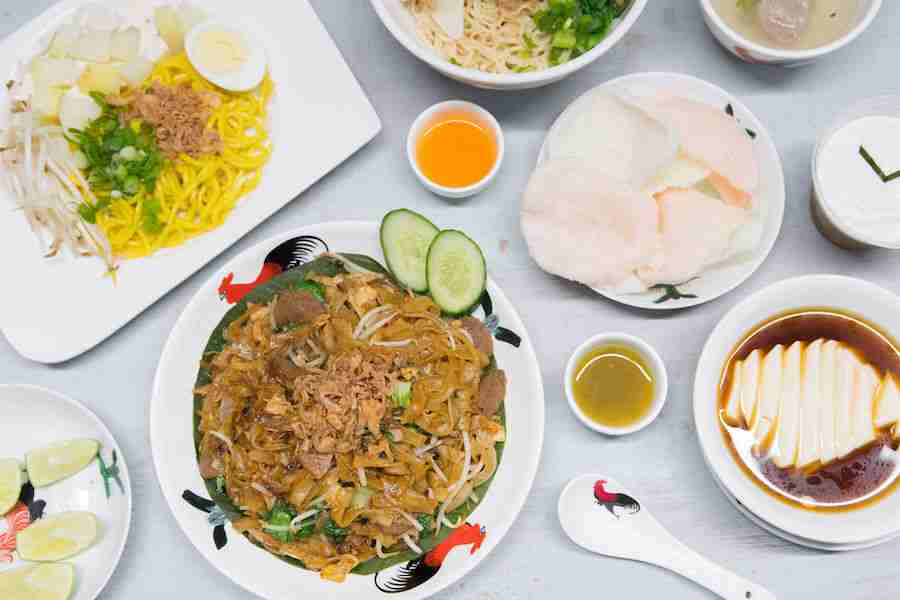 Restaurants that serve purely Indonesian dishes – not fusion cuisine like Indonesian-Malay or Chinese restaurants with a few Indonesian options – are very rare. Even the popular midtown restaurant Little Sister is more of a Dutch-influenced take on the cuisine.

Elita opened NaiNai Noodles (852 King West, nainainoodles.com) in February to bring traditional Indonesian-style noodles to Toronto. Born in Jakarta, she immigrated five years ago and found it difficult to find food from her hometown anywhere in the city.

She launched in the World Food Market adjacent to Ryerson University right before COVID-19 lockdown, then moved to her current location near King and Niagara.

“Nobody was coming around, the rent was too high and I couldn’t pay it anymore so I started catering at home again directly to the Indonesian community,” Elita, who like many Indonesians goes by one name, explains. “Then, after things started getting better, I found this location.”

She wants to share her cuisine with people who don’t already have a cultural connection to it, which is why she’s willing to pay downtown rent to keep her kitchen near the action.

In 2019, she catered an Independence Day event at the Indonesian Consulate and that’s how many in her community became familiar with her cooking. Community validation is important to her, and she’s been told that her noodles “taste exactly the same as back home.”

That is a feat in itself considering how difficult it is to get the right ingredients to make broth for noodle dishes like mie ayam and the right spices for beef and chicken marinades in this city.

Her hypothesis for why more Indonesian restaurants haven’t opened, despite a sizable population of immigrants in the city, is many dishes are time consuming and not well-suited to fast food. Meat for curries is traditionally marinated for two days and beef rendang is braised for six hours. A bigger hindrance is some ingredients are specially imported.

The broth from NaiNai Noodles’ mie ayam is meant to be sipped separately.

A tax supervisor in Jakarta, Elita has no formal culinary background. But she grew up in a culinary family. Her grandmother owned a noodle shop and her aunt owned a bakery.

“Since I was a kid, my grandma always made noodles from scratch. Making noodles is something that’s really in my blood.”

NaiNai is an informal Mandarin term of endearment used for grandmothers in Indonesia and China. She’s continuing her grandmother’s legacy, quite literally naming her shop “grandma’s noodles.”

In Jakarta, broth is served separate from the noodles and the proper way to eat mie ayam is to sip the broth between bites of the noodles, chicken, bok choy and mushrooms. Elita serves her mie ayam with a side of steamed dumplings (pangsit) and bakso.

Bakso are uniform beef meatballs, they are very dense and savoury and can also be served with thin vermicelli noodles, broth, fried shallots and spicy pepper sauce.

“Everybody sells noodles in Jakarta, every five metres you can find a noodle shop.”

She hopes to expand the menu in the next year or two to include more full meals, curries and stews. Her kitchen is take-out only with just enough space to seat two people at the counter.

Indonesian cuisine, like food from most countries, is regional. Most of the NaiNai Noodles menu is Jakartan except for one item, mie medan. The North Sumatran egg noodle dish is served with shrimp gravy, a hard-boiled egg and tofu, potatoes and bean sprouts and a side of shrimp crackers. Medan, closer to Malayasia than Jakarta, is her father’s hometown.

When first considering starting a business, she planned a bakery. Opening a noodle shop was purely circumstantial. She loves to bake lapis surabaya, a layered chocolate and vanilla cake popular at birthdays; and nastar, mini tarts filled with homemade pineapple jam. She started selling desserts and cakes to close friends when she moved here.

In 2019, she completed the Women’s Entrepreneurship Hub, a two-month program at Scadding Court Community Centre offered in partnership with Ryerson’s Diversity Institute. “

After completing the program she was offered a kitchen by a friend but it was too small to accommodate baking, so she adapted her plan and opened NaiNai Noodles.

“It’s really hard to find a job in Canada, actually, maybe because I don’t have any education background in Canada. Me and my sister, we figured it would be easier to open our own business. That’s why I wanted to start a bakery, in the first place.”