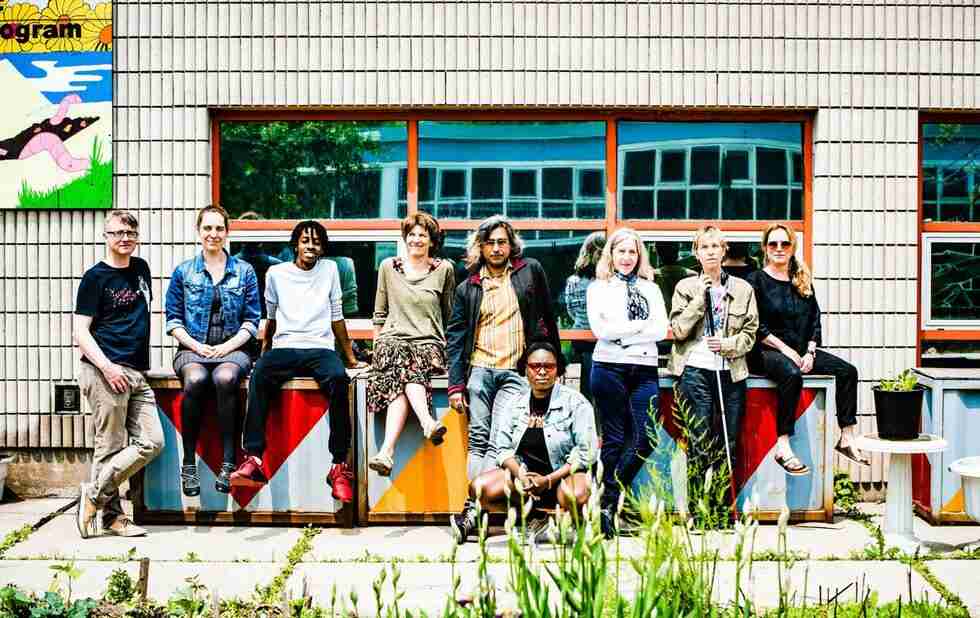 The Fringe’s new hub (since 2017) comes alive in all its diversity and vibrancy in Scadding, a walkabout show consisting of six short audio plays.

With the help of a provided map, a smartphone and earphones (the latter two can be borrowed), you go to various fully accessible stations around the Bathurst and Dundas area. Once there you listen to the story. You can experience the show in any order.

Sometimes, the setting forms the backdrop of the tale, as in Jenny Salibury‘s slightly twee story of love and dissent among squirrels, set beneath two tall trees, or Khadijah Roberts-Abdullah‘s underdeveloped tale of a skateboarder’s initiation into the activity, set at the skateboard park.

More satisfying is Stephon Smith‘s intriguing vignette in which a young girl who possesses a book that contains the secret to creating peace is tracked down by the police and is trying to hide the volume in the Sanderson Library. (Look for the hilarious joke about Canadian theatre.)

The full import of Anand Rajaram‘s Kafkaesque story (and setting) doesn’t become obvious until the end. It’s the only work I played twice, to appreciate how it had been crafted.

There are also lots of surprises in the longest story, Maggie Huculak‘s entry about a couple (whose identities shouldn’t be spoiled) discussing the end of the world and how young people might be able to save it.

But my favourite of the bunch is Jennifer Brewin‘s tale of a meeting between a blind woman and a helper so the former can go to a hair appointment. Set at the neighbourhood’s busiest intersection, it illustrates the naiveté around disability and makes full use of the cacophony of urban life. (John Gzowski designed the atmospheric sound throughout, but his work on this story is especially powerful.)

Directed by Brewin and Alex Bulmer, the unique show features fine voice acting and many stories that will likely be rattling around in your head for years to come whenever you’re in this neighbourhood.